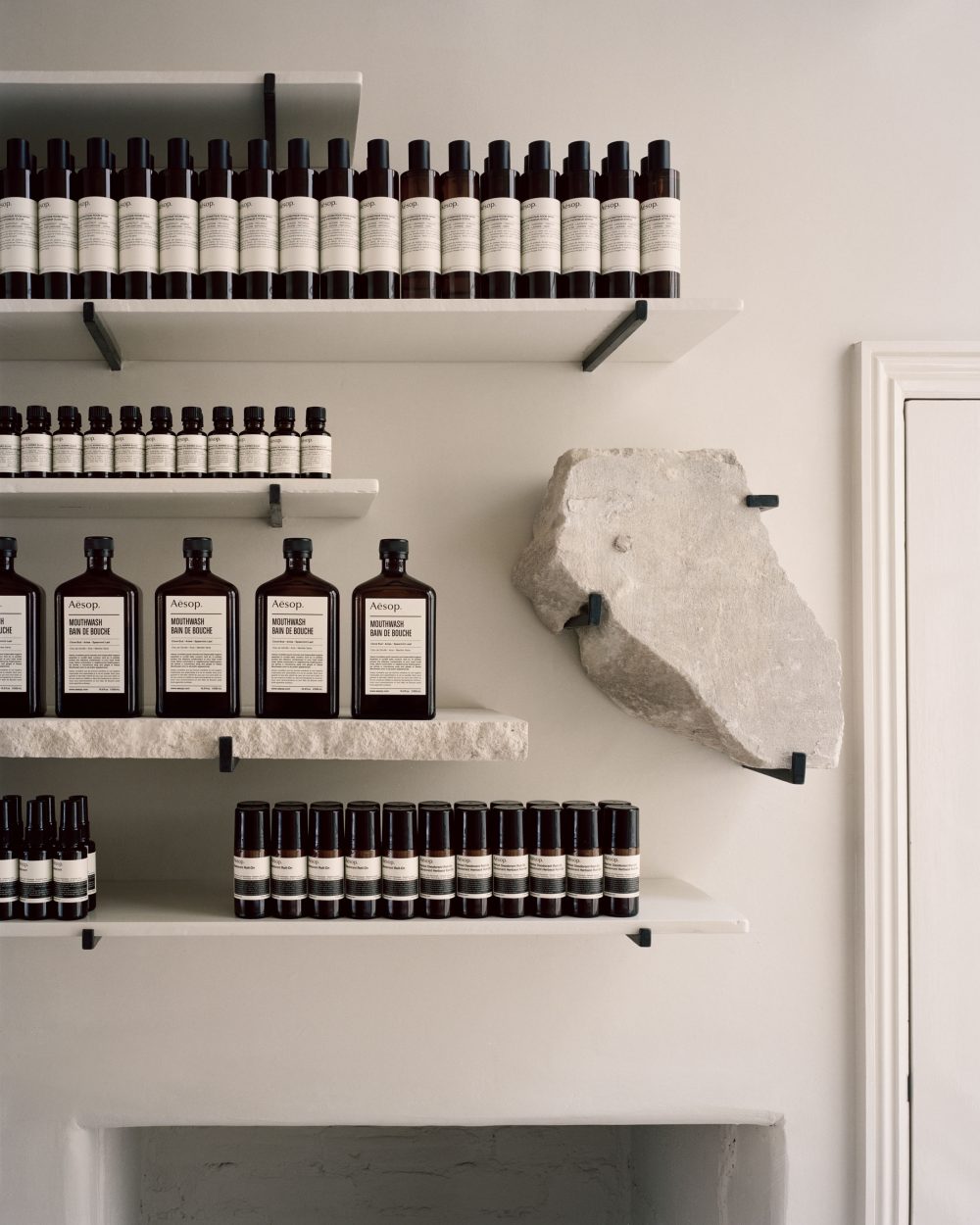 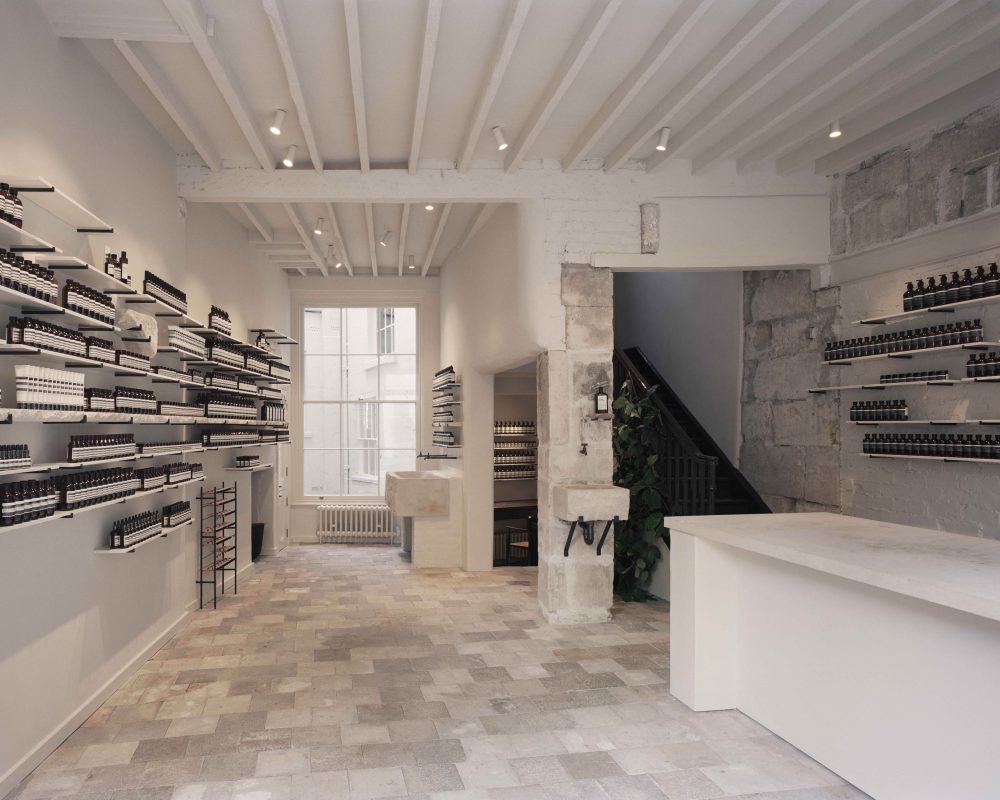 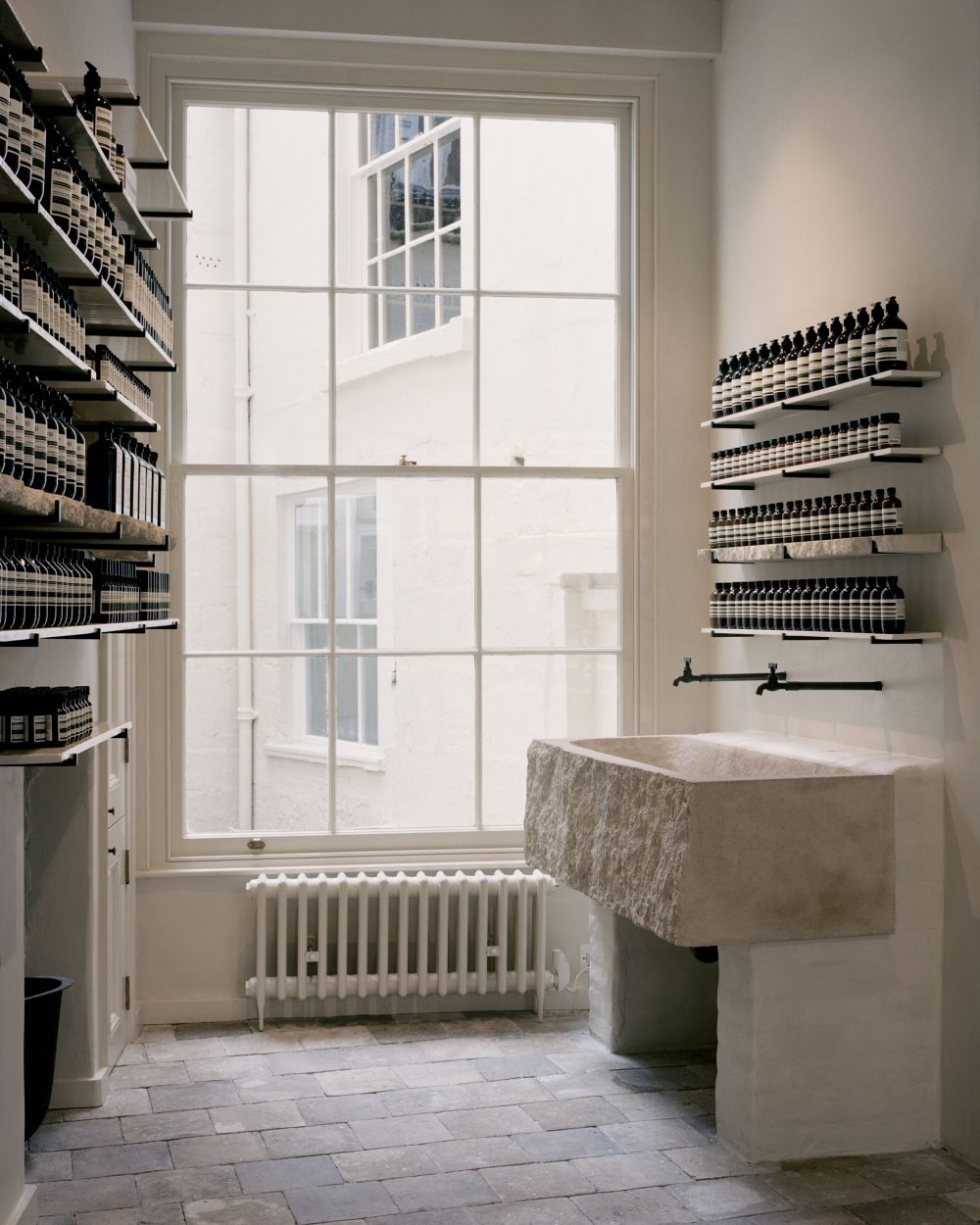 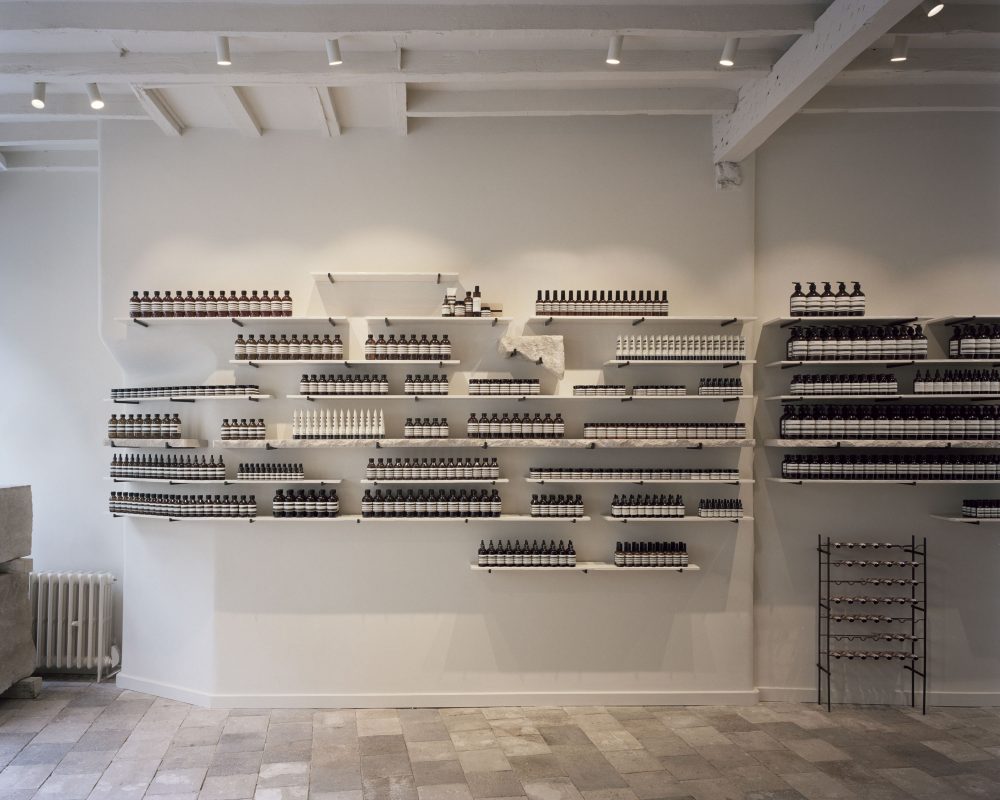 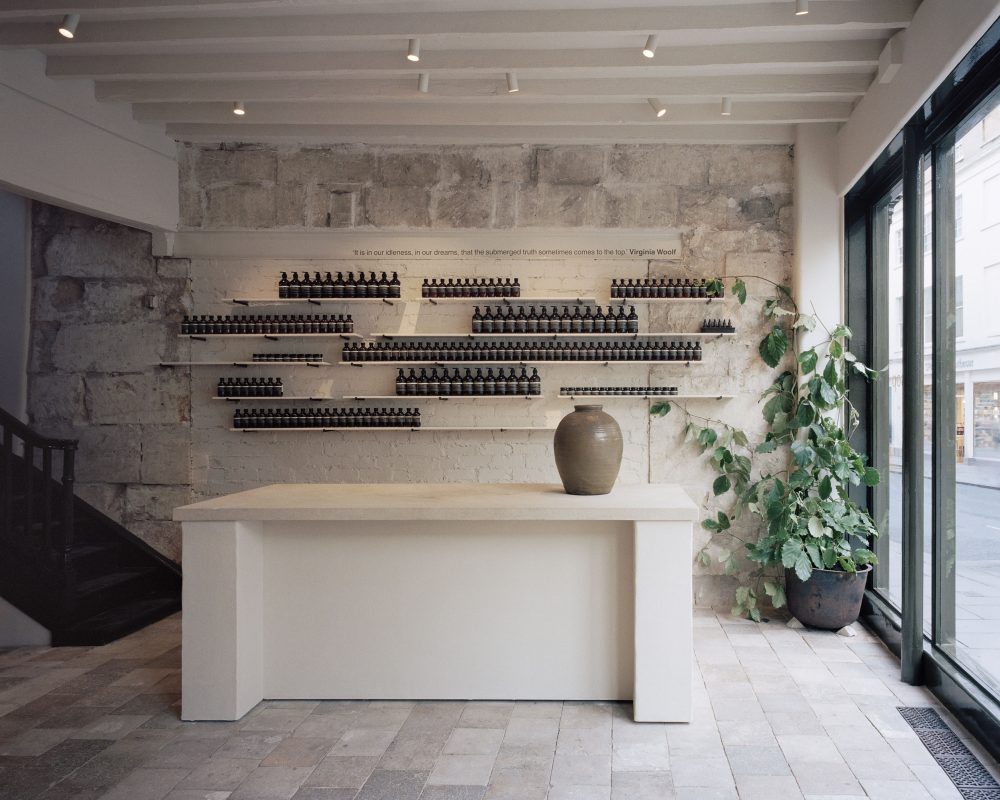 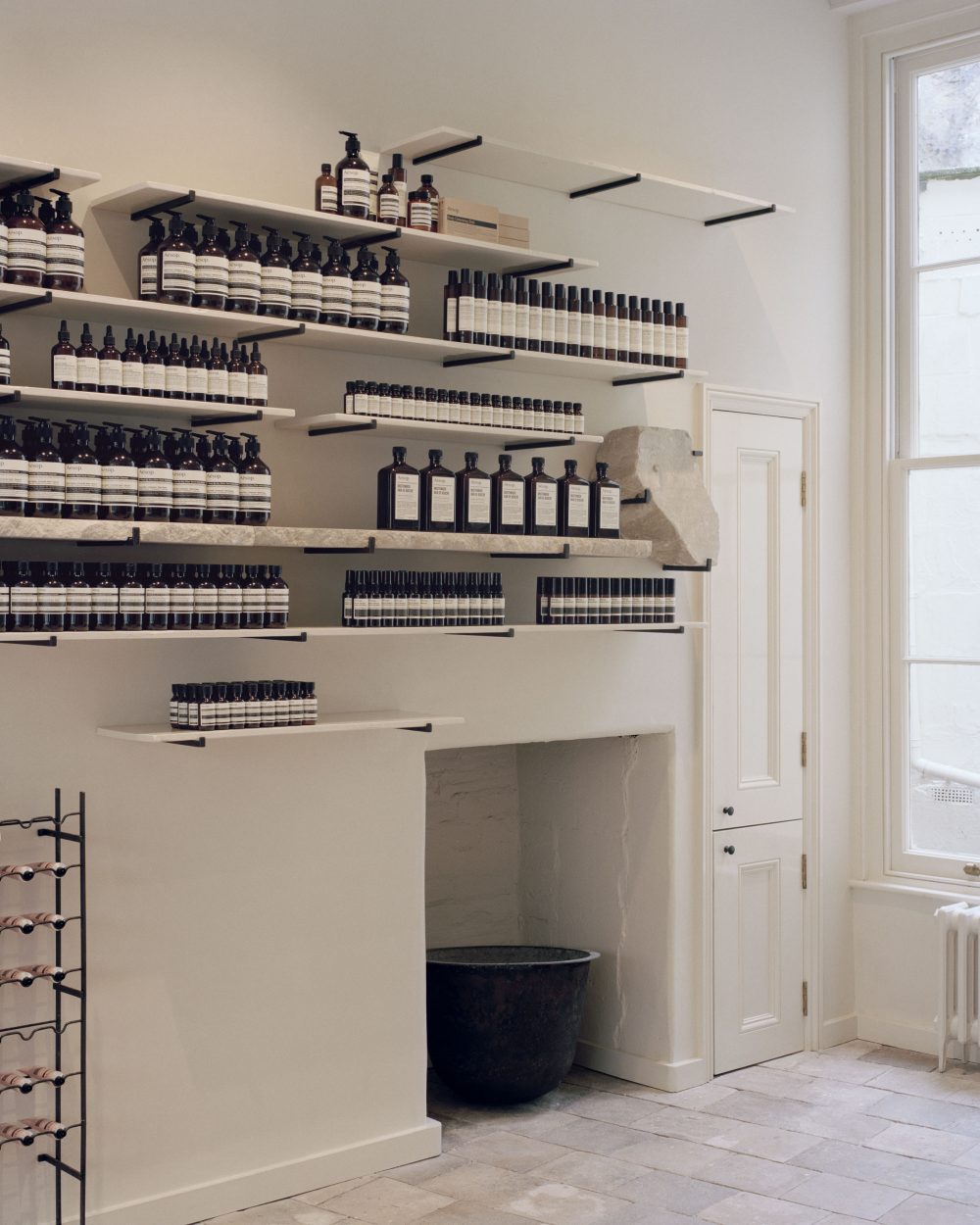 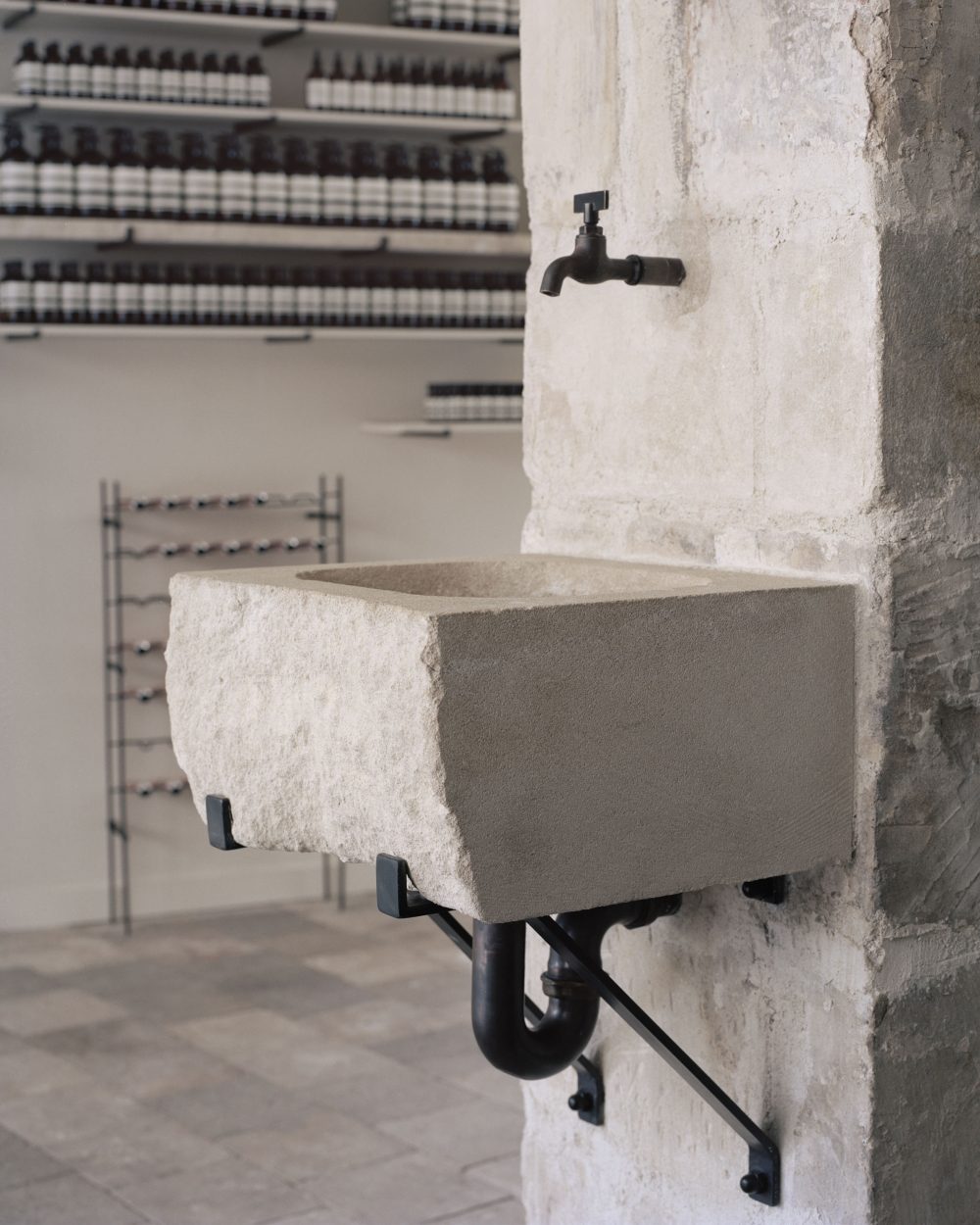 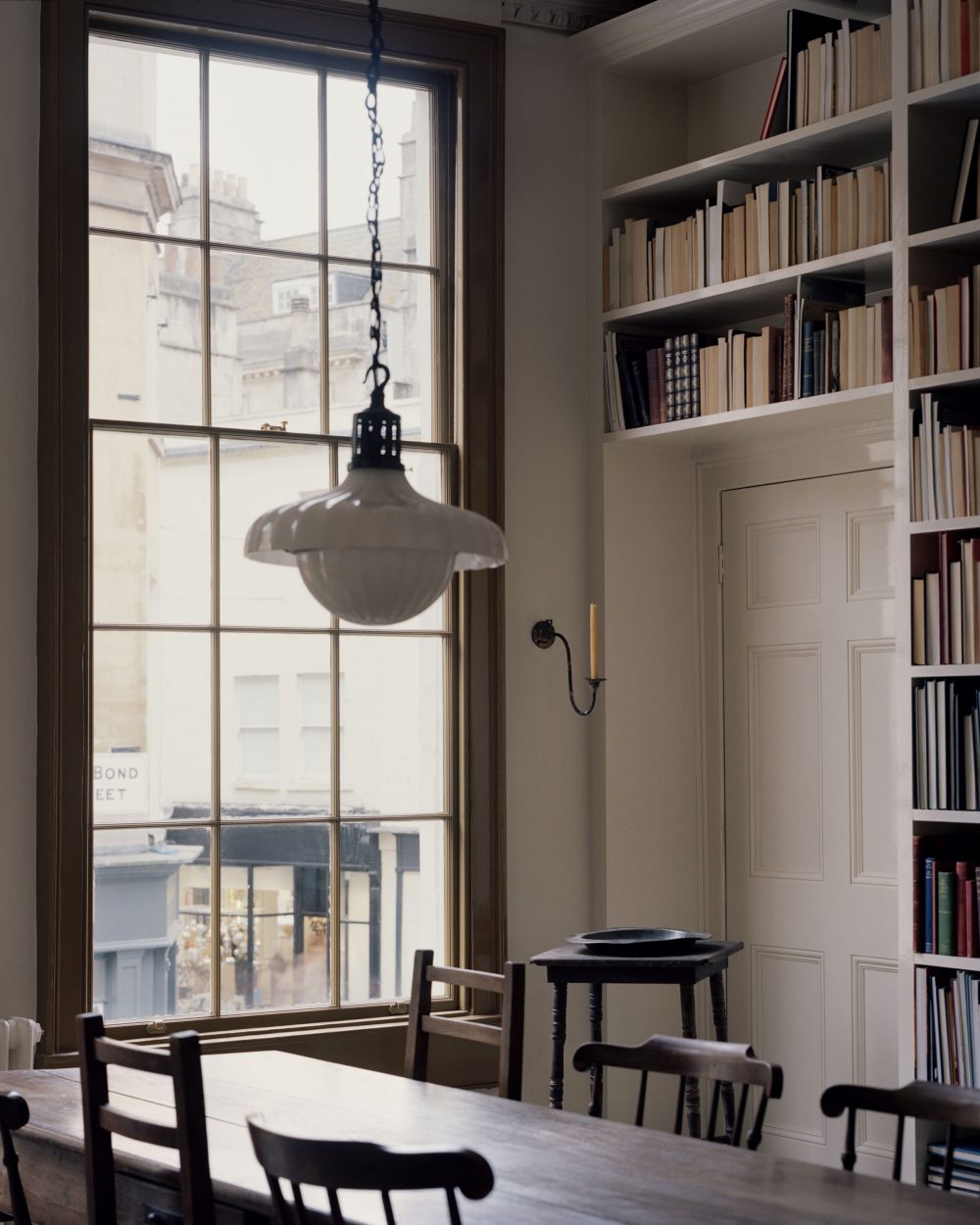 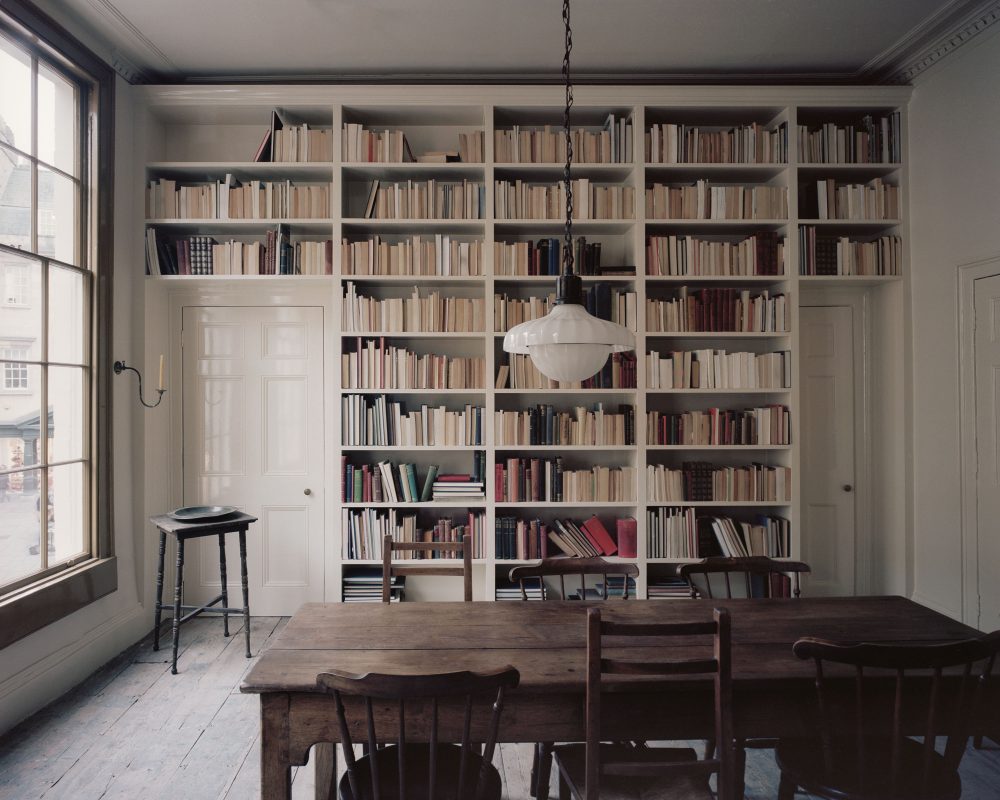 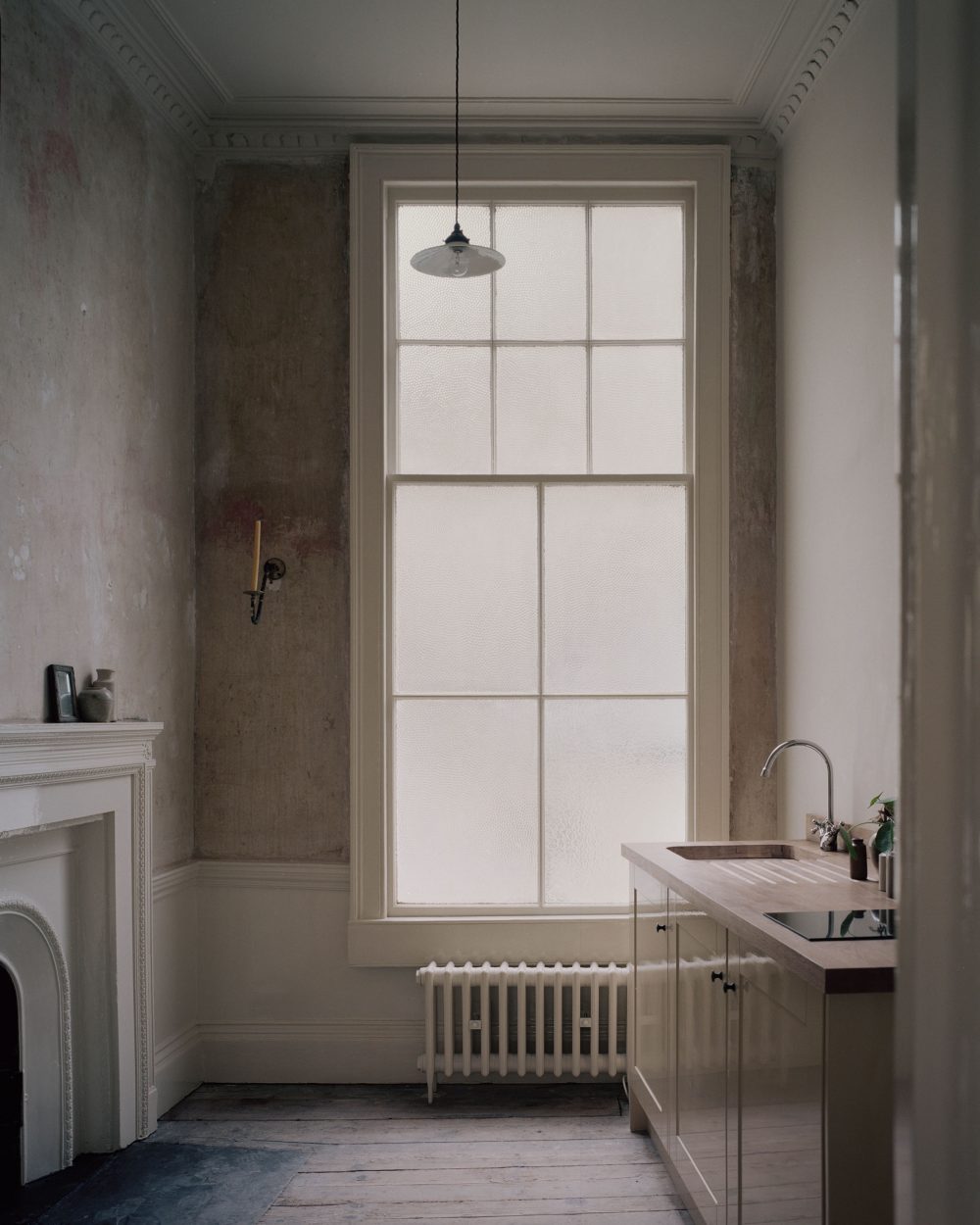 A distillation of the city. A study in Bath stone.

(Drawn) from the city itself. The materiality, the history, the sensibility.

(Ground)  The palette of Bath stone underfoot. Reclaimed from a Chapel nearby. Embedded with years of congregational footfall. Worn with human treads & paths.

A sense of the ‘still room’ & larders. Orderly, purposeful and practical.

A hint of the domestic.  Eschewing ornamentation. A calm, almost monastic feel.

(Stone) reclaimed from the basement. From the building and of the building. Framed on the walls.  Building material as object. Fragments as archive.

A hidden column revealed. Restored from the same stone.

Stone. (Interviewed). A local quarry in Limpley Stoke. Mining since the mid-fifteenth century. A four tonne block chosen. The sinks, shelves and counters all made from this single (monolithic) piece.

Excavated by hands. Cut by hands. Worked by hands. Saw lines and tooling marks retained. Less than five miles from mine to store.

(Library)  A response to Roald Dahl’s ‘The Land Lady’. An upper floor of a more domestic sensibility.  A hidden layer to the building.

(Breathe) The building is pared back. A re-discovered fireplace retained. The staircase revealed. Reinstating windows brings light to old corners. Walls of Bath stone uncloaked. She can breathe again.

(Founded) on the stone and lime mortar that built the city.